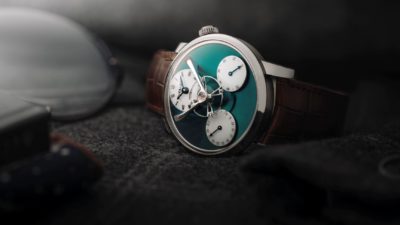 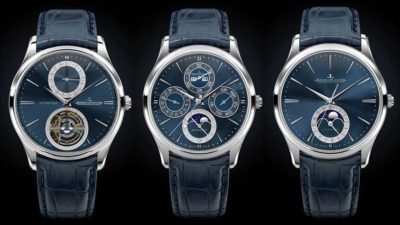 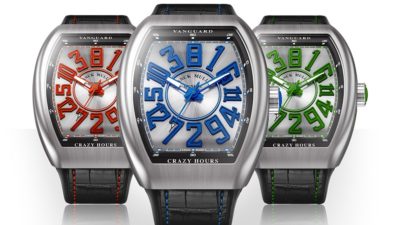 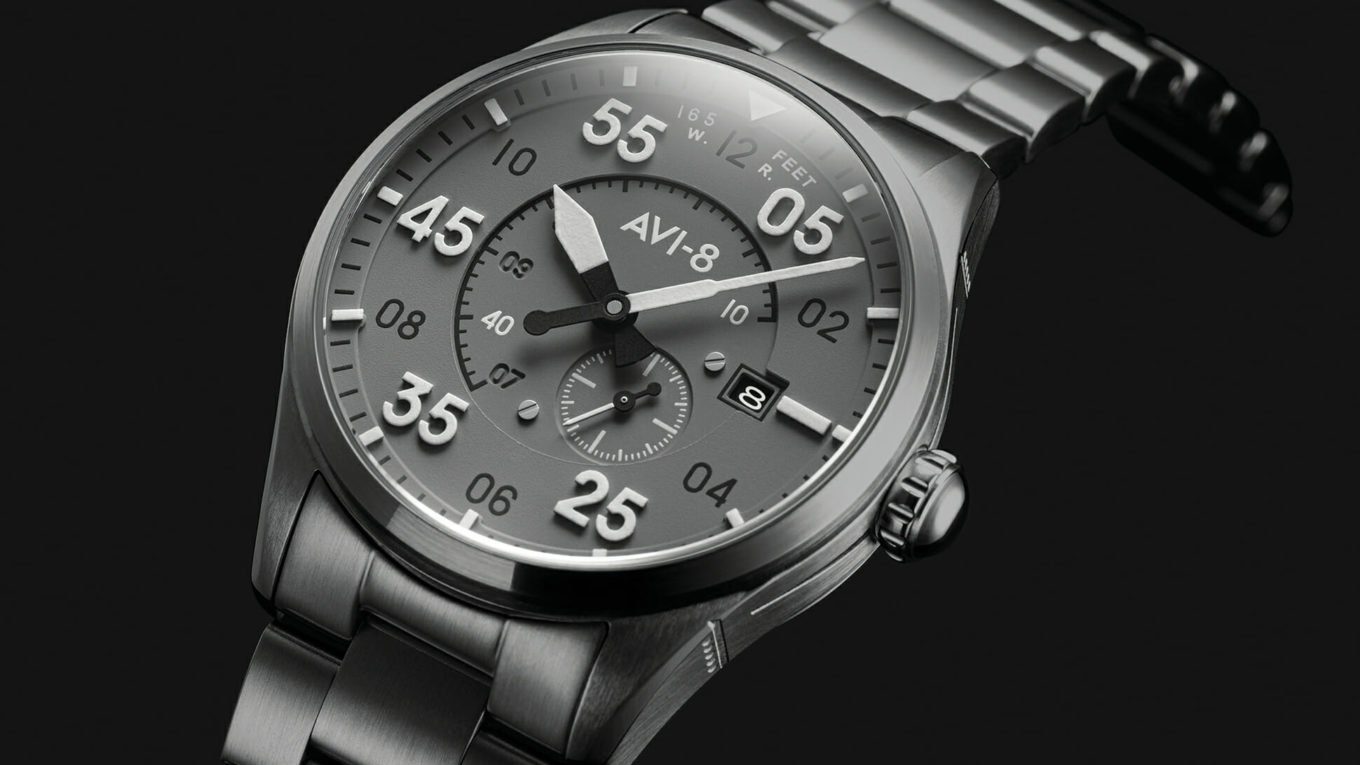 AVI-8 is proud to announce the launch of its Spitfire range of timepieces, with the first model titled the Spitfire Type 300 Automatic Edition – paying tribute to the prototype Supermarine developed in 1934

Inspired by the lines, form and design of the famed World War 2 era fighter, AVI-8 delivers a unique take on a stylish timepiece that draws from one of the most famous aircraft to have ever flown. Perhaps no aircraft evokes so much, so quickly as the Spitfire. On it’s own, this tidy, elegant fighter was a national hero and a pillar of the Royal Air Force.

It’s cutting edge design and superior specification gave it a fighting edge in the air against enemy aircraft during World War II. Throughout the chapters of the air effort, pilots of the RAF skillfully moved the ever-impressive Spitfire from one battle to another.In designing a watch that takes its cues from the Spitfire, AVI-8 has looked at both the obvious and subtle details of its design and fabrication, purposefully injecting them into this timepiece.

A 42mm diameter case is shaped to follow the elegantly elliptical form of the Spitfire. From lug to case body, from the top curve of the convex sapphire lens to the case back and flowing side profile, the Type 300 is an immediate form driven echo of the Spitfire.The crown, with its bulbous shape, subtly references the nose of the propeller. 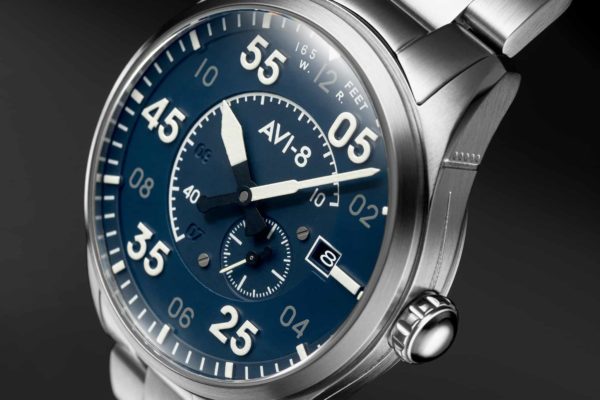 In designing the dial, the AVI-8 team looked immediately to the cockpit of the Spitfire. Taking the clear-cut legibility of the gauges and readouts of the aircraft, the Type 300 uses the indexes, hands and layout as its primary blueprint of the dial. Through intelligent design and spatial arrangement, the outer ring of the dial slopes down to the lower dial’s main platform where a seconds subdial site at the five o’clock position is paired with the date display window at the three o’clock position. 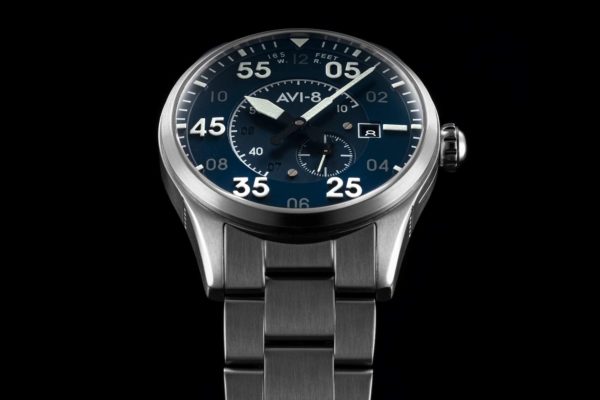 The hands are uniquely shaped for utter legibility and precision of readout. Taking further cues from the cockpit, the syringe like hand set has been modified based on the hands used inside the altimeter and air speed indicators inside the Spitfire. Indexes and hands are lavishly layered with high grade Swiss lume for adept readout in low light conditions.
The result is a dial that jumps the cockpit to the wrist all whilst delivering a timepiece that is clearly and undeniably functional as an instrument of time. 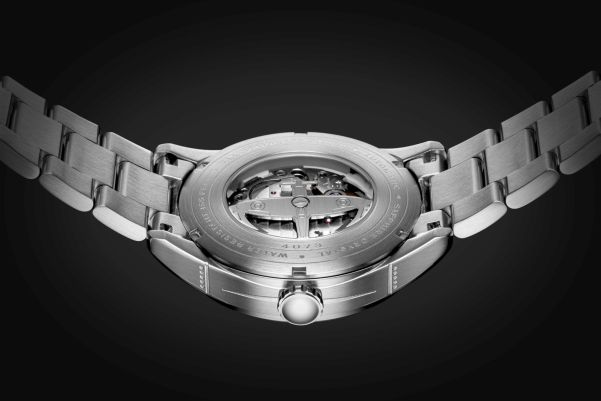 The Type 300 employs a custom modified Japanese made, 21 Jewels movement based on the robustly reliable Miyota 8 series. Using only the kinetic power of the wearer’s wrist, the custom designed rotor spins to generate a power source that delivers a beautifully honest battery free experience. The rotor itself is an expression of the skill of the team at AVI-8, who have carved out a unique bird’s-eye view silhouette of the Spitfire as an ever spinning reminder of the plane that has inspired the watch. 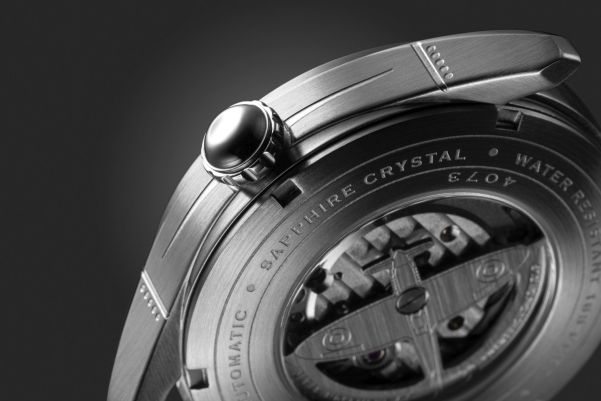 Viewed easily through the exhibition see-through case back, the rotor, the movement and inner symphony of gears and wheels are a delight to behold as they work together in harmony to power the watch. 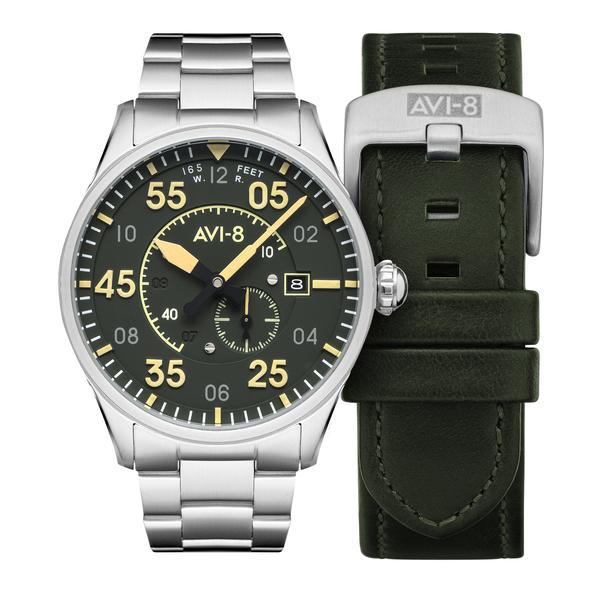 Securely holding the case to the wrist, a gracefully brushed solid stainless steel bracelet with solid deployant clasp tapers from 22mm at the lugs to 18mm. Each watch is paired with an additional premium genuine leather strap, offering versatility to quickly and easily change your style. 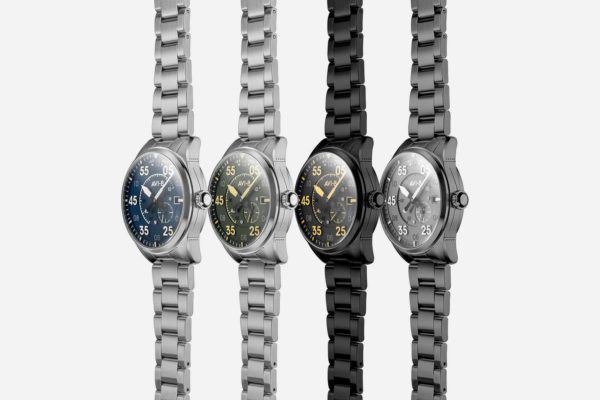 The Type 300 is complete as a reliably sturdy and wearable field watch with clear aviation design credentials. 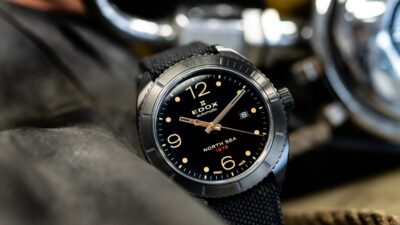 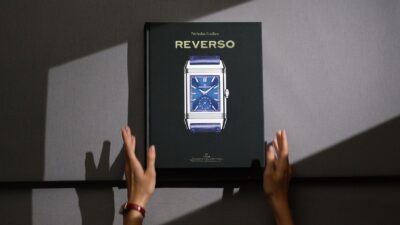