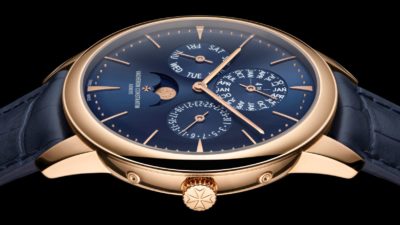 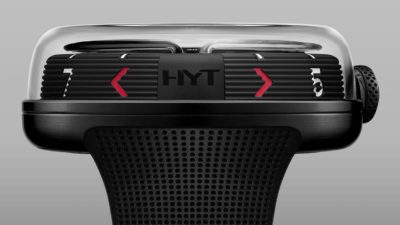 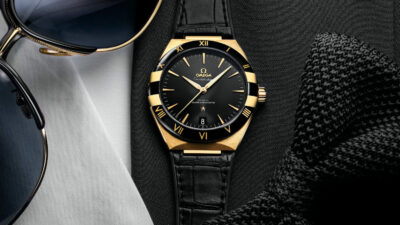 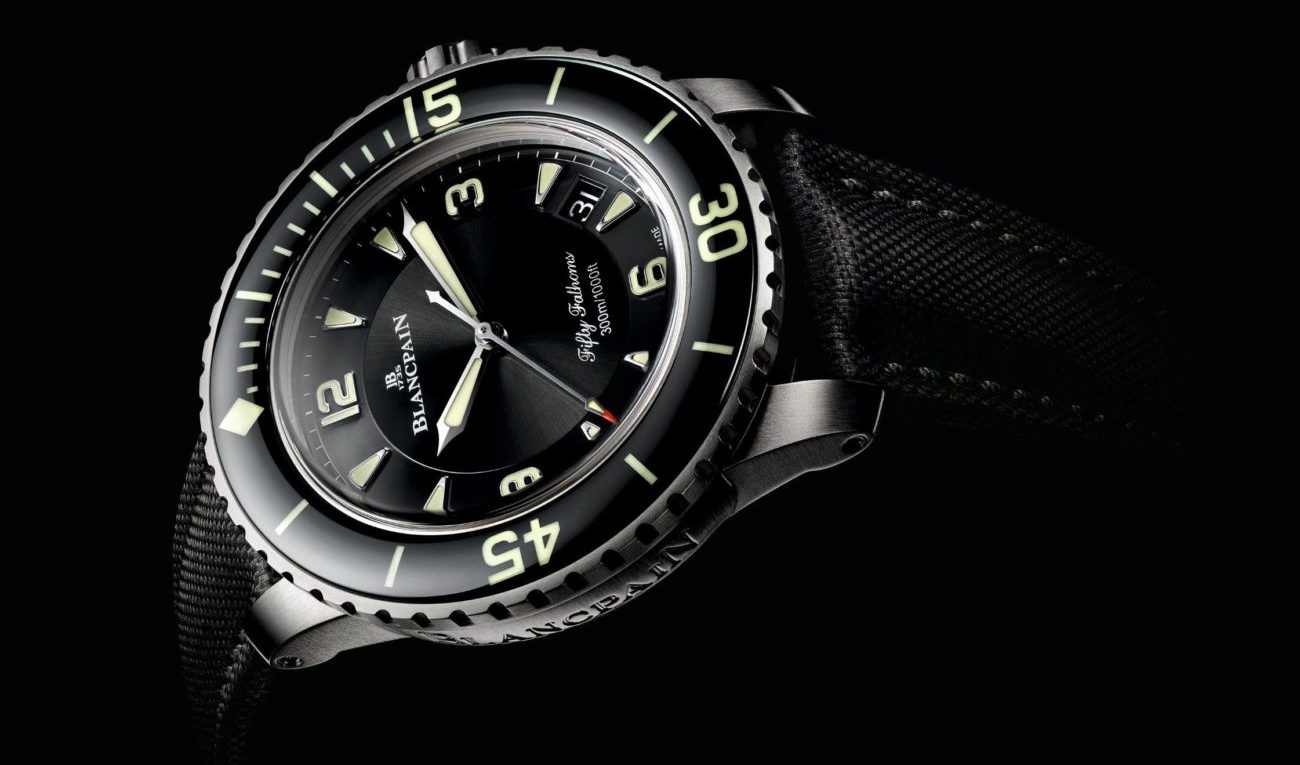 Upon its release in 1953, Fifty Fathoms, the first modern diver’s watch, immediately appealed to professional divers and soon thereafter to their civilian counterparts. It has since become the archetypal watch in this genre. As relevant as ever six decades on, its main original technical and aesthetic characteristics, revisited and complemented by a date in the 2000s, are now teamed with a titanium case

When launched in the 1950s, the first Fifty Fathoms quickly stood out thanks to its practical features, entirely designed for professional diving. Among the decisive criteria that contributed to its renown were broad luminescent hour-markers and hands contrasting with a black dial and unidirectional rotating bezel, as well as a steel case with a soft iron inner cage intended to protect the movement from magnetic fields. 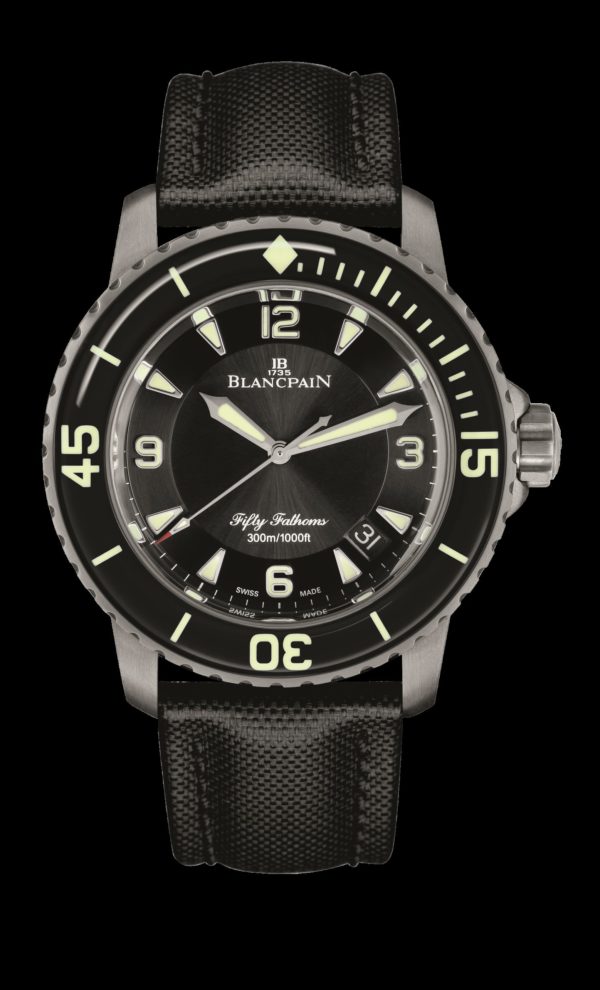 This watchmaking legend was updated and enhanced in 2007 with a date placed between 4 and 5 o’clock, while preserving its immediately recognizable DNA. Today, Blancpain is offering a new version of this Fifty Fathoms Automatique model which combines its ebony-black color with a satin-brushed titanium case.

Known for its robustness as well as its high resistance to impacts and corrosion, titanium also has a low density that makes it particularly light. This major advantage, which distinguishes it from steel, has enabled Blancpain to produce a large-diameter model, offering all the technical guarantees of a diving instrument without having to feel them weighing on the wrist. Divers will undoubtedly appreciate this advantage, especially during dives requiring already extensive sports equipment, as will urbanites wishing to wear a generously sized yet airy timepiece on a daily basis. 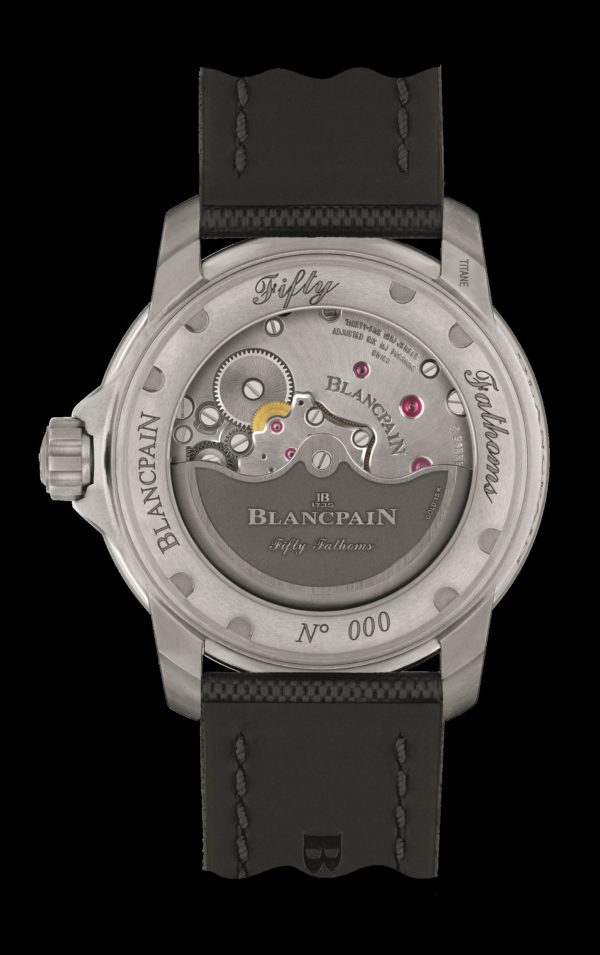 Measuring 45 mm in diameter and water-resistant to 300 meters, the new Fifty Fathoms Automatique in titanium features a ratcheted unidirectional rotating bezel, fitted with a scratchproof domed black sapphire insert. For enhanced visibility in all circumstances, its markers, dial hour-markers and hands are made of Super-LumiNova, a coating that strikes an ideal contrast with the sunburst black face of the watch. The sapphire crystal case-back provides an admirable view of the movement: the famous Blancpain 1315 caliber, notably endowed with an optimal five-day power reserve enabled by the use of three seriescoupled barrels housing high-performance springs. Its silicon balance-spring protects it from the negative effects of magnetism without the need to isolate it behind a metal cage. Ensuring this movement is every bit as beautiful as it is reliable, meticulous finishing performed in the purest watchmaking tradition combines straight-graining, beveling, circular-graining and circular satin-brushing techniques to enhance the exclusivity of this new Fifty Fathoms Automatique.