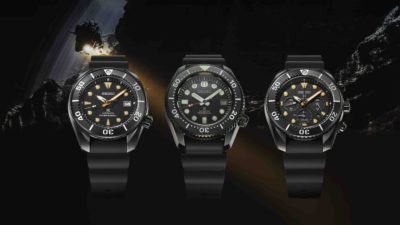 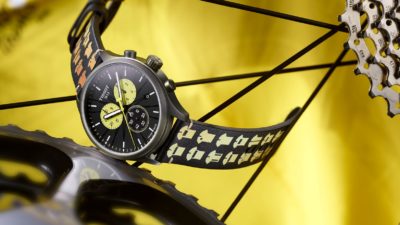 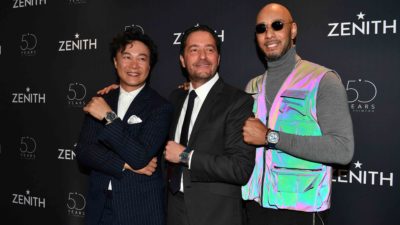 A dynamic start to a milestone year for Zenith 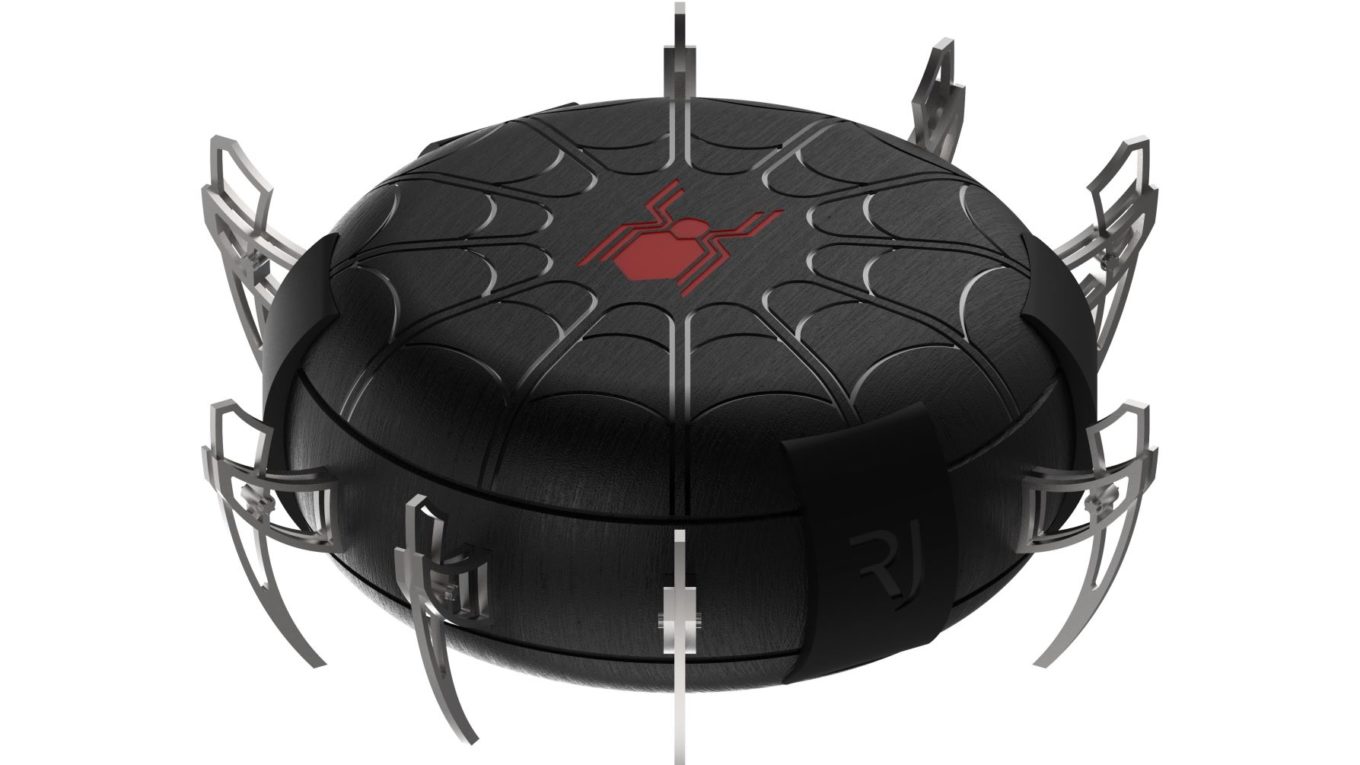 Spider-Man captured in a tourbillon!

The launch also marks RJ’s first movement manufactured completely in-house. In a first for the Swiss watchmaker, the highly innovative Spider-Man inspired central tourbillon movement was developed and produced wholly in-house at RJ Studio in Eysins. With its first in-house central tourbillon, RJ set out to achieve a remarkably long power reserve which necessarily requires an oversized barrel. The barrel was placed at the center of the movement to accommodate its substantial width, spanning almost the entire dial. This clever design enabled the movement to generate a power reserve of 150 hours (more than six days).

The sizeable barrel naturally meant that the tourbillon cage had to be placed above it, at the center of the movement and on the same axis. This unique construction provides a fantastic view of the regulator. The hours and minutes are displayed in a unique peripheral format, made possible by a planetary gear system that orbits 360° around the tourbillon. The movement’s construction is entirely and uniquely coaxial. A 12-factor gear ratio allows the planetary minutes system to empower the progression of the hours.

Adding to this innovation, the hour and minute display system is fixed on two very wide and high-precision ball bearings in order to optimize the movement’s efficiency as much as possible. The hands have been shaped to mimic the legs of the Spider icon. The first variation, in red, is crafted in a high-performance composite that combines superposed layers of black carbon and red fiberglass. The material is incredibly light and also offers a finely textured matte surface. The second variation is made entirely of carbon in stealth black. Its shimmering grey and anthracite tone imparts the piece with a strong yet sleek look, perfectly suited to Spider-Man. 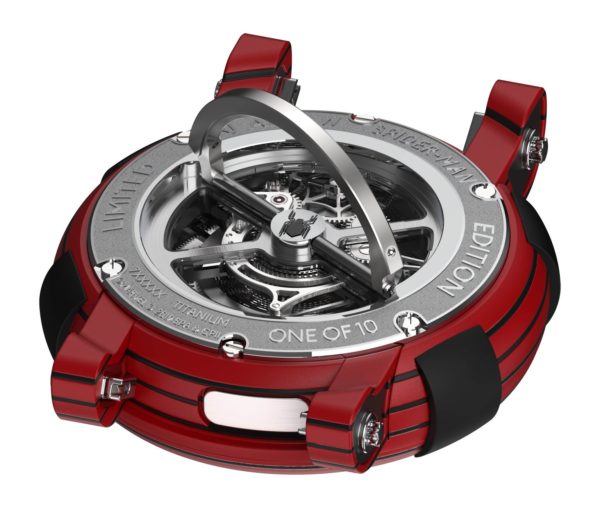 A perfectly symmetrical case with a unique winding mechanism

In order to maintain perfect symmetry, the ARRAW Spider-Man Tourbillon case has no crown. Winding of the barrel’s mainspring is done by lifting a hoop found on the case back then turning it like a key.  This mechanism enables faster winding than with a traditional crown. To set the time, the wearer presses a concealed push button under the strap at 6 o’clock while turning the hoop in either direction.

The case back features a cartridge engraving technique. The letters are polished and stand out from the micro-blasted back surface. Four sapphire crystals on the case back allow maximum visibility of the movement. The ARRAW Spider-Man Tourbillon is equipped with the interchangeable ARRAW strap system, allowing the strap to be released with a simple ‘click’ by pressing simultaneously on the two lug screws. On the clasp, a lever releases the strap from the deployment buckle, no tools required.

For the first time the ARRAW watch box, characterized by its round shape and the iconic four RJ BUMPERS™, has been customized with Spider-Man’s attributes. Made of black wood, the watch box resembles a spider thanks to the eight spider legs fixed to the side. Spider-Man’s web and logo are also engraved on the lid. Inside the box, the watch appears captured in a spider web made of steel. This part is removeable, making the watch box easy to repurpose as desired.