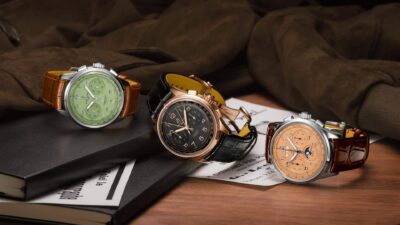 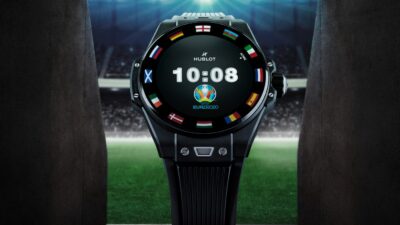 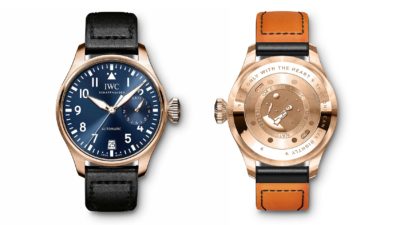 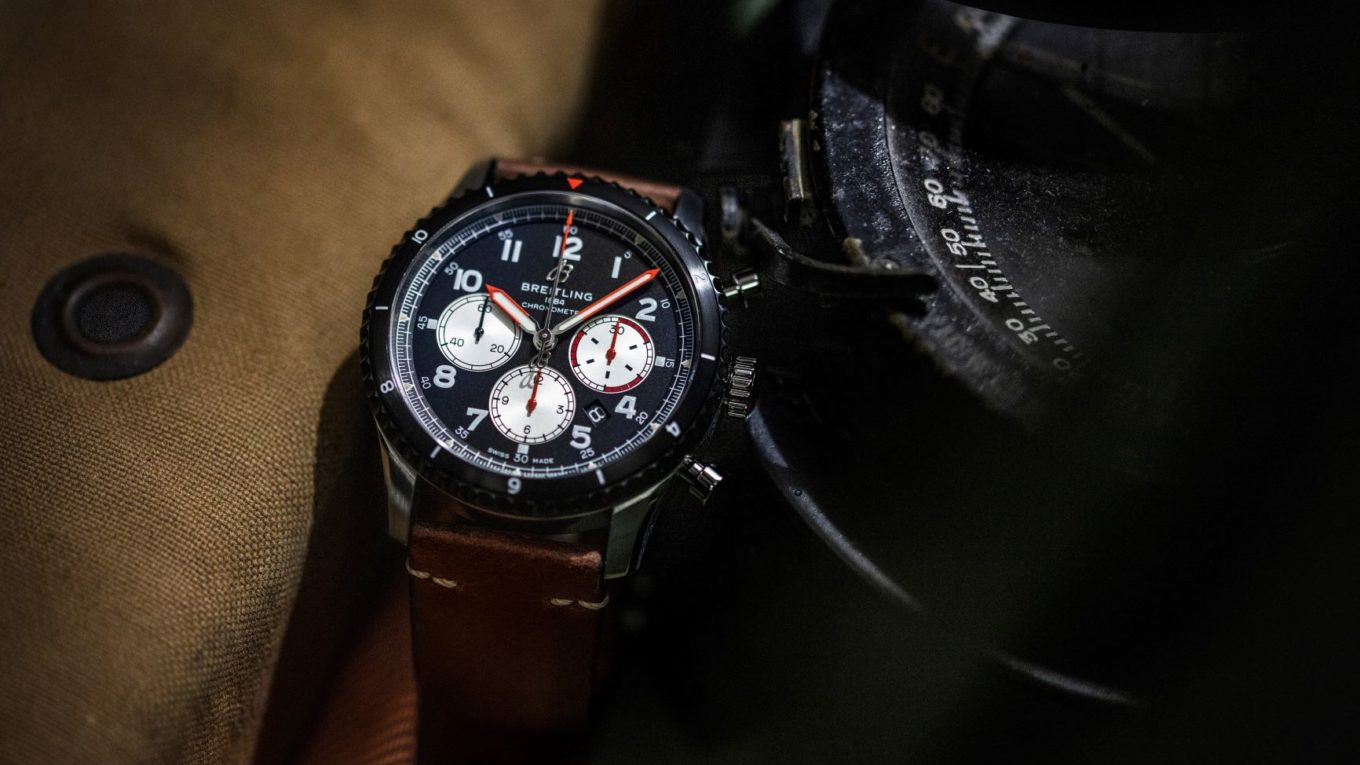 With its new Aviator 8 Mosquito watch, Breitling has drawn on the design of the onboard clocks designed by its Huit Aviation Department in the 1930s and 1940s and from its renowned reference 765 AVI, the highly legible watch known as the Co-Pilot.  Its speed and maneuverability contributed to its incredible success and improbable range of roles, including unarmed light bomber, day fighter, night fighter, and even photographic reconnaissance aircraft.

The Breitling Aviator 8 Mosquito wears its dual design influences proudly: it recalls at once the design values of the onboard instruments designed by Breitling’s Huit Aviation Department and those of the Ref. 765 AVI – the Co-Pilot – whose bold look, rotating bezel, and impressive legibility with oversized Arabic numerals made it a favorite among aviators.

The Aviator 8 Mosquito features a 43 mm stainless-steel case and a black satin-brushed ADLC-coated stainless-steel bezel with a practical red pointer, indexes, and Arabic numerals. Its black dial has contrasting silver subdials – an indication of the Breitling Manufacture Calibre 01 in-house mechanical movement that powers the watch. This model has an ADLC treatment that provides an even darker tone than the regular DLC coating.

The hand of the small second subdial features a black varnish finish. The dial is completed with a date window between the 4 and 5 o’clock positions. The Breitling Manufacture Calibre 01, visible through a transparent sapphire caseback, offers an impressive power reserve of approximately 70 hours. The COSC-certified chronometer is water resistant to 10 bar/100 meters. It is presented on a brown vintage-leather strap available with either a pin buckle or a folding buckle. 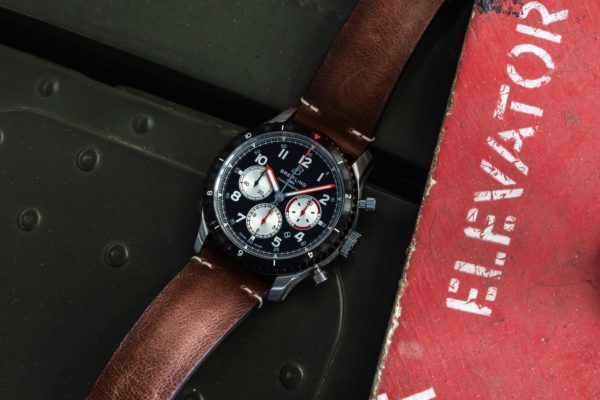 Because of its mostly wooden construction, the British de Havilland Mosquito was an aircraft that served in a variety of roles. Built between 1940 and 1950, the “Wooden Wonder” was one of the fastest planes in the world – in fact, thanks to the wooden construction, it flew 20 mph faster than the famous Spitfire, which was equipped with the same engine. Alistair Hodgson, the curator of the de Havilland Aircraft Museum in England, compares the de Havilland Mosquito to Breitling’s chronographs: “Breitling has played a pioneering role in the development of aviator chronographs, which fulfill multiple roles in a single package, and the Mosquito was the first aircraft to do the same thing: although it was originally designed as an unarmed light bomber, the original design was adapted to become a day fighter, night fighter, photographic reconnaissance aircraft, and even an airliner!”
In 1940, during the Second World War, Lord Beaverbrook, the Minister of Aircraft Production, felt that plans to build the Mosquito should have been abandoned, but Geoffrey de Havilland was convinced of the aircraft’s potential and, with the support of Air Chief Marshal Sir Wilfrid Rhodes Freeman, continued the development and production of a plane destined to become an aviation classic in total secrecy. Alistair Hodgson says: “Military historians point out that while the Spitfire won the Battle of Britain, the Mosquito won the war.” The use of wood was an indicator of Geoffrey de Havilland’s insight and perception, as Alistair Hodgson notes: “He foresaw that the UK would have a shortage of aluminum. The Government wanted a light bomber for the RAF, and de Havilland offered them a plane made of a plywood and balsa wood composite that would have the performance of a fast lightweight fighter but be capable of carrying a bomber’s load.” The de Havilland Mosquito performed with distinction throughout the 1940s, but, in the 1950s, jet aircraft technology came of age, and the heroic Wooden Wonder was retired. This extraordinary aircraft played a key role in the history of aviation, and Breitling is proud to commemorate a true legend of flight.