Alpina is proud to announce the successful launch of an AlpinerX watch into space, reaching an altitude of 33’793 meters going higher than the planet earth’s highest summit: Mount Everest at 8’848 meters. Once again Alpina pushed its limits and maxed-out the use of the watch’s altimeter function.

In partnership with “Sent into Space”, a start-up company specialized in Space photography (based in the region of Sheffield, South Yorkshire, England), the watch was filmed on its way up into space and finally back to planet Earth after a 3-hour flight. The film offers breathtaking views of the AlpinerX going firstly through the troposphere and then through the various levels of the stratosphere, with planet Earth as a backdrop. The watch was then recovered by “Sent into Space” 60KM away from the launch location.

To honour this achievement and mark the 50th anniversary of Man’s first landing on the moon, Alpina created a special edition of 299 pieces in a rich blue color. If the case, bezel, dial and strap of the watch are an homage to space’s infinite deep blue, the silver indexes and hands have been treated with a black luminescent solution glowing in dark environments. 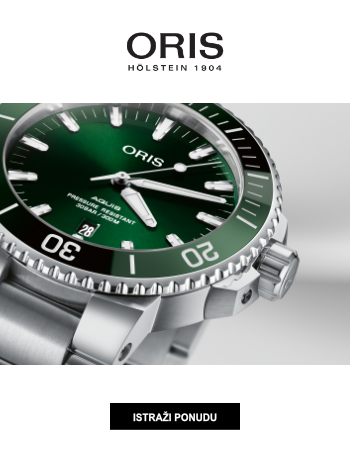